PCB backdrilling process is a critical manufacturing procedure that reduces signal reflections due to conductive via stubs. High-speed board design poses several challenges in terms of retaining signal integrity which can be resolved through proper design and manufacturing practices.

Via stub which is a non-functional part of a via, causes significant signal integrity issues in high-speed design. These stubs lead to signal reflection from the stub end, and this reflection will interfere with the original signal. To resolve this, a manufacturer can employ back drilling, where most of the via stub is removed by re-drilling with a slightly larger-sized drill bit.

Beat competitors to the market. Reduce Respins with our Zero-Defect Guarantee.

What is PCB backdrilling process?

Back drilling involves drilling a hole slightly larger in diameter than the PTH to remove the conductive via stub. 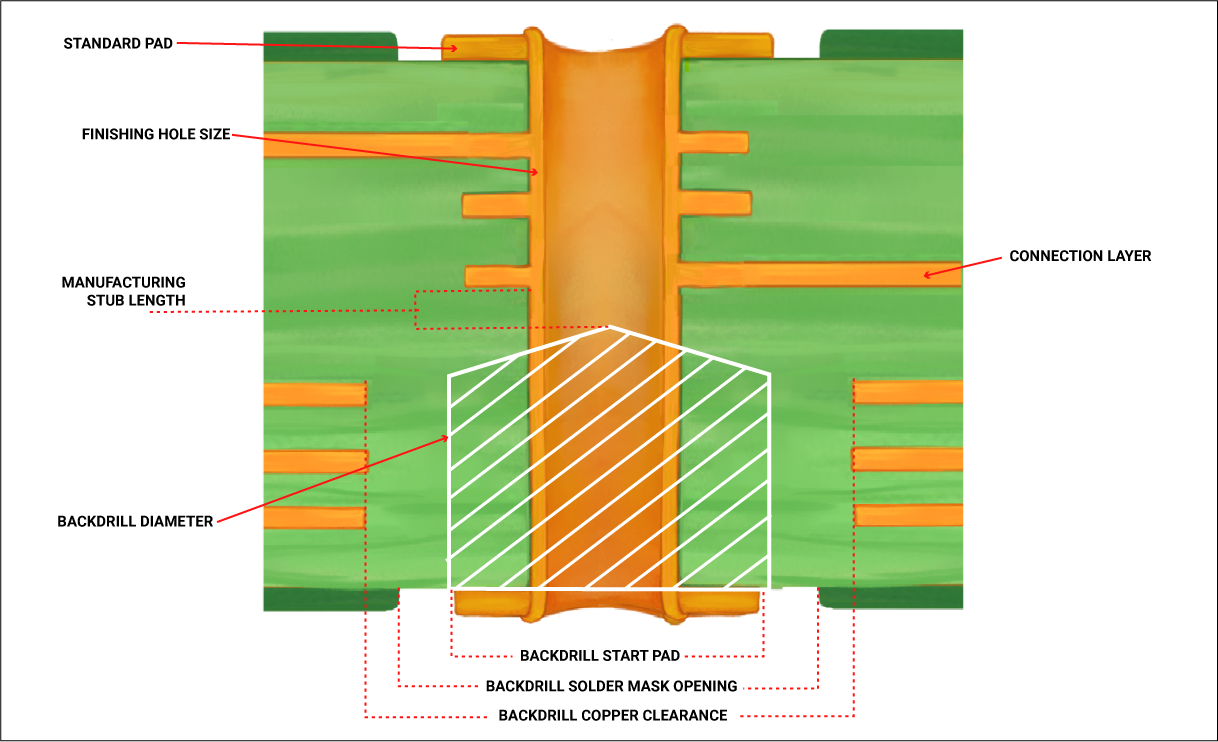 The images given below illustrate the steps involved in CDD. 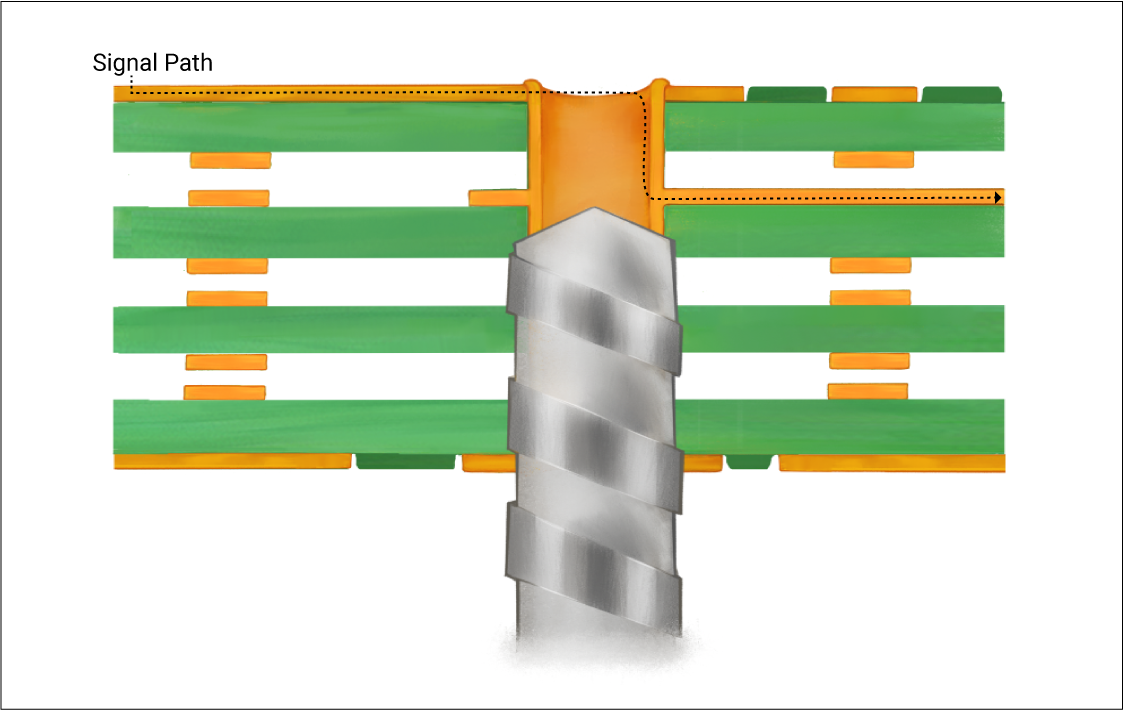 Where does back drilling fit into the PCB design and development process?

Control depth drilling is done right after the PTH process and before the desmearing process. This is because the holes need to be plated to conduct signals and it becomes challenging to carry out this process after backdrilling. The process flow given below shows you the steps that occur before and after the backdrilling process. 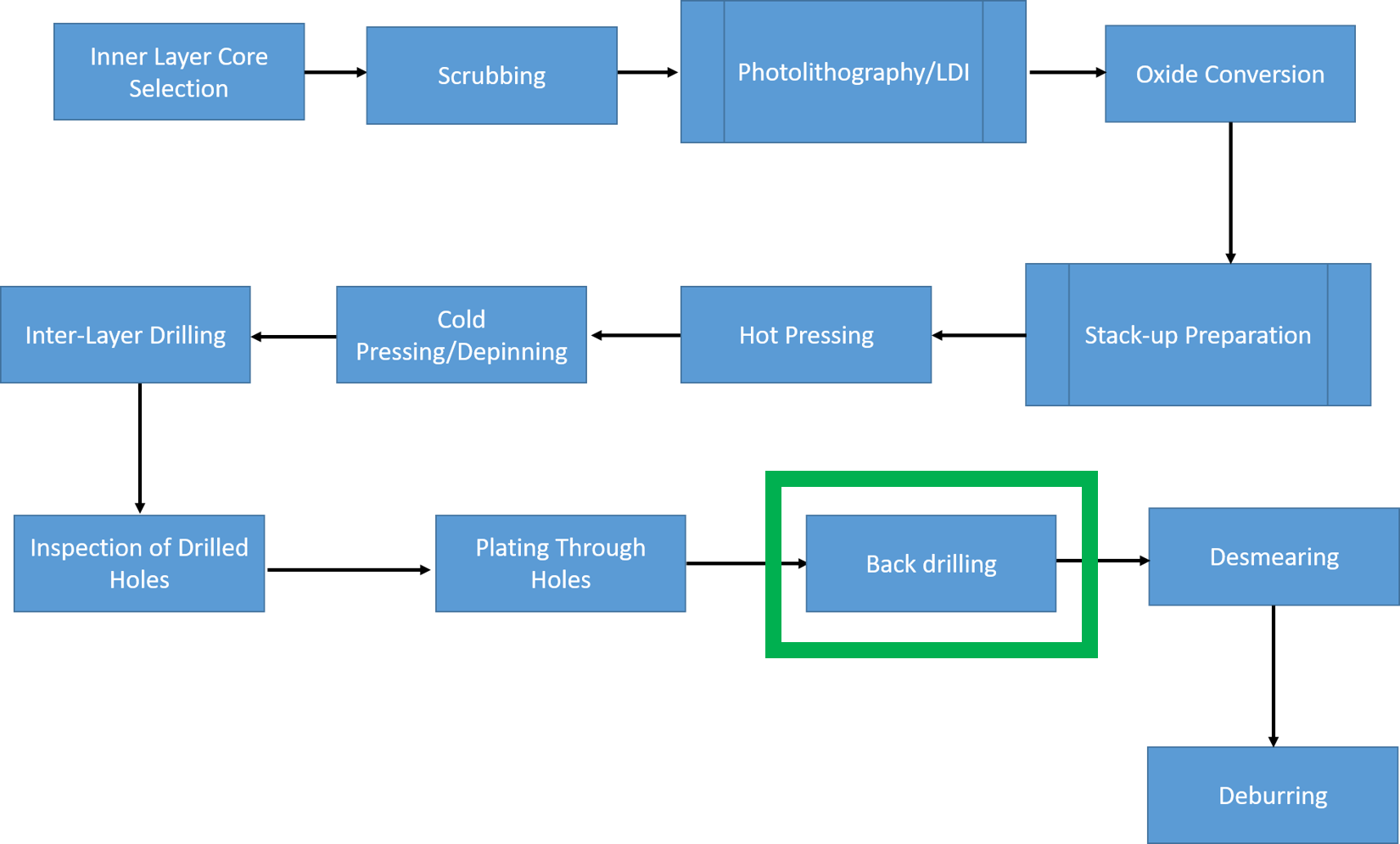 Sierra Circuits’ engineers and technicians have the experience to bring your PCBs to life.

To explain the process of backdrilling, we can consider a 12-layer PCB with a through-hole via passing from layer 1 to layer 12 in a 12-layer stack-up. The requirement for signal transmission is only from layer 1 to 3, leading to the creation of a via stub from layer 3 to layer 12 causing signal reflections and resonance at high frequencies. At the resonant frequency, the signals get attenuated, which is undesirable. Therefore back drilling is implemented here to remove the copper plating from layer 3 to 12, minimizing the stub length. One condition that needs to be met in this process is that the back drill dia needs to be slightly bigger than the original hole size to remove the unwanted copper plating. 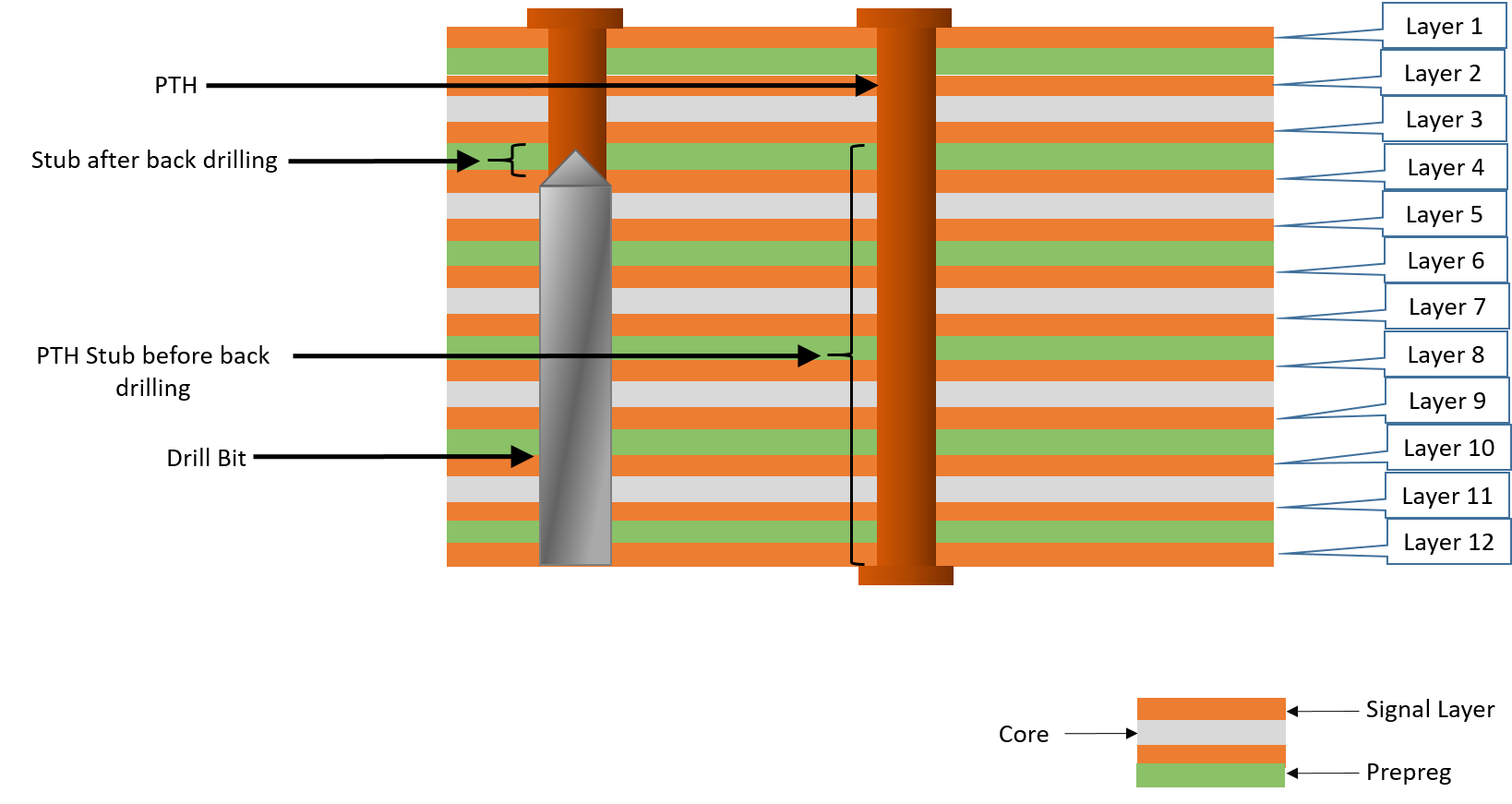 Advantages of back drilling PTH vias

Backdrilling is one of the many manufacturing practices to ensure signal integrity in a board design. PCB designers need to work along with manufacturers to identify where this process can be applied to minimize signal reflections and boost signal integrity.

Try our free Better DFM tool and save time and money. Our automated platform will catch any PCB design error ahead of time and prevent on-holds and re-spins.

Get started by uploading your Gerber files here.

Turn-times as fast as 1 day.

Sierra Circuits can manufacture your PCB and have it expedited to you within 24 hours.

Full turnkey boards, with assembly and components in as fast as 5 days.

Get an Instant, Itemized Quote