Join Our Virtual Tour
How To PCBPCB Manufacturing

How to Work Around Black Pad in ENIG Finish

Black pad has long been a problem for ENIG surface finishes. What are the best ways to work around it? 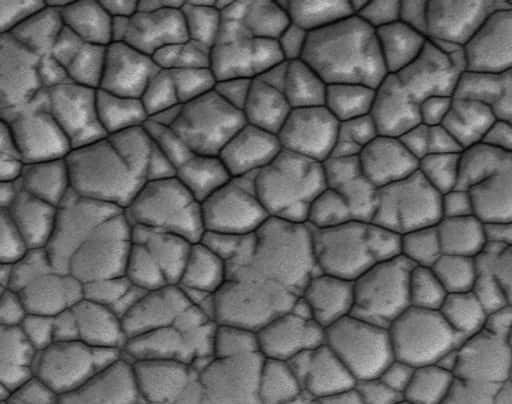 Black pad is a term that usually refers to nickel corrosion on electroless nickel and gold immersion (ENIG) surface finishes on PCBs. The defect is not seen as part of normal QC procedures as the immersion gold masks the appearance of the nickel under the gold.

What does black pad mean?

Black pad represents the corrosion and oxidation of the electroless nickel, which primarily begins at the nickel nodule boundaries and then spreads as the corrosion increases. As the deposited gold thickness increases, the oxidation of nickel may increase. This particular issue results in reduced solderability and weakly formed solder joints. When those joints come under pressure, they break easily and leave exposed corroded nickel behind, hence known as black pad.

Initially, ENIG finish had several things working in their favor:

The ENIG process has become increasingly popular over time for several reasons, including the need to comply with the restriction of hazardous substances (RoHS) directive and rising demand for lead-free soldering. Board manufacturers have gotten a lot better at understanding and working around black pad along the way, but it’s still a problem worth exploring.

There are several possible causes of black pad:

The reflows and repairs of the ENIG process increase the amount of phosphorus and ultimately weaken the board. As nickel dissolves, phosphorus remains behind. Overall, a high percentage of phosphorus is correlated with black pad errors.

When gold is deposited during the ENIG process, it relies on a corrosion reaction to place itself (the gold) on the nickel substrate.  Aggressive gold baths, as well as high gold thickness, can increase the corrosion to a level approaching black pad. It is generally accepted to keep the gold thickness to 2-4 μin, as per the IPC-4552 ENIG specification.

Also read, What is Conformal Coating?

Sometimes what manufacturers label black pad is actually brittle fracture. Black pad is similar to brittle fracture because it creates a cracked structure within the nickel after the gold has been deposited and then removed. Brittle fracture itself can occur when tin dissolves a portion of the nickel while also creating a thin layer of phosphorus that does not dissolve. Thermal stress, vibrations, and shocks can then weaken the metallurgic bonds.

What are the practical solutions to black pad?

In 2002, IPC issued a specification (IPC-4552) for ENIG. During that time, tin-lead solder was predominant in PCB assembly and lead-free soldering was not a widely established concept. 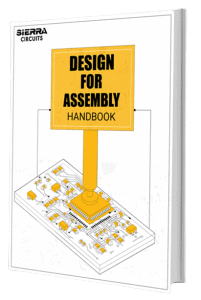 At Sierra Circuits, we adhere to IPC specifications unless the customer specifies otherwise. The thickness of the coating can be measured using an XRF (X-ray fluorescence spectroscopy) technique.

A glance at IPC-4552 revisions

IPC-4552 revision A focuses on a thorough analysis of metal layer thickness measurement, composition, and nickel corrosion which is associated with the black pad defect. To meet these criteria, circuit board manufacturers must have the ability to measure and maintain electroless nickel thickness and its composition. The modification in minimum gold thickness limit poses challenges in measurement systems and process control for satisfying the conformance to ENIG products.

Concerning the gold layer, the new thickness specification range will limit those who are driving down gold deposits to save money. An extremely thin coating of gold results in performance failure since a thin deposit may not withstand thermal conditioning and environmental exposure.

The current specification includes a section on measuring the phosphorus content of electroless nickel deposits. Previously, nickel-phosphorus (%P) level was described as low, medium, and high, but there was no industry standard for testing and controlling it over the bath life.

This revision introduces phosphorus content measurement and process control requirements. Finally, a clear explanation is provided on how to evaluate the corrosion potential of an ENIG deposit.

The gold is deposited onto the nickel surface through an exchange reaction (displacement of Ni by Au atoms), also known as an immersion reaction. This reaction is determined by electron transfer and controlled by an electromotive series (an arrangement of elements and ions) stating that more noble metals will naturally plate onto less noble ones without any chemical reducing agents. It is necessary to transfer electrons from the metallic electroless nickel deposit to the gold ions in solution to deposit gold on the electroless nickel surface.

Black-pad defects are formed by hyper-corrosion activity of the immersion gold process on the nickel surface. Gold and nickel atoms undergo galvanic hyper-corrosion, resulting in depletion of nickel and enrichment of phosphorus atoms in the localized area. Black pad, caused by a poorly formed joint at the solder/nickel-phosphorus interface, can lead to failures and de-wetting of the solder.

Hyper-corrosion involves the prevention of intermetallic formation and wetting of the surface (solder). This causes de-wetting, a solid-to-liquid bond failure, and interfacial fracture of the solder.

The gold thickness should have an average of

Where, = variable and s= standard deviation.

PCB manufacturers must comply with this thickness limit to maintain a high level of quality and reliability. The achievement of a lower limit of thickness and tight uniformity control improves the reliability of boards and reduces costs significantly.

Here are a few important points to consider from a manufacturer’s perspective:

To achieve a durable ENIG finish, the Ni-P surface must be designed with chemistry and process that will protect against hyper-corrosion. Additionally, solder joints containing nickel-tin intermetallic compounds are liable to brittle failure depending on the chemistry used. In this new ENIG, a barrier layer has been created at the Ni-P/gold interface, which overcomes the black pad defect and results in ductile solder joints that are not susceptible to brittle failures. Furthermore, the novel immersion gold chemistry is cyanide-free (environmentally friendly).

This new chemistry improves deposit composition uniformity and allows the ENIG products to be controlled so that they conform to important quality requirements. Let us know in the comment section if there is anything specific to black pad that you would like to know.