What’s the Meaning of a Schematic Diagram?

A  schematic diagram is a fundamental two-dimensional circuit representation showing the functionality and connectivity between different electrical components. It is vital for a PCB designer to get familiarized with the schematic symbols that represent the components on a schematic diagram. 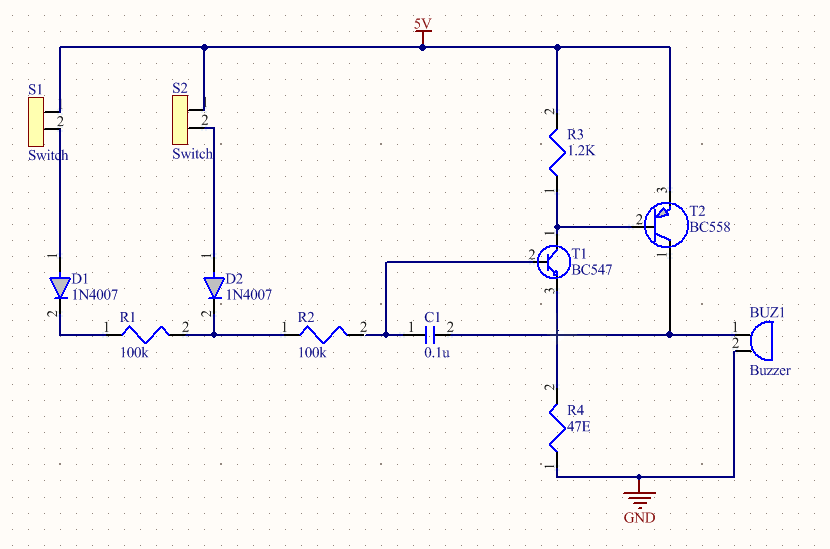 A  schematic diagram is a fundamental two-dimensional circuit representation showing the functionality and connectivity between different electrical components. It is vital for a PCB designer to get familiarized with the schematic symbols that represent the components on a schematic diagram.

Schematic symbols are regulated around the globe using two standards:

IEC 60617: International Electrotechnical Commission (IEC) has issued this standard. It is based on the older standard, British Standard (BS 3939). This database includes over 1750 schematic symbols.

ANSI standard Y32: American National Standard Institute (ANSI). This provides a variety of specialized symbols originally used for aircraft applications. A series of minor changes performed on this standard has made the existing document aligned with IEC.

What are the different schematic symbols?

The electronic circuit shown below uses a set of standardized symbols to represent different electronic components.

The circuit shows 3 components (the battery, the resistor, and the LED). These components are connected together through nets/traces. Each component has a symbol with different attributes. The attributes of a resistor could be the reference designator,  the value of resistance, size, symbol, voltage rating, wattage, and footprint. Similarly, battery and LED will have their attributes.

By knowing the symbols and their reference designators, we can interpret any circuit and build it accordingly.

These are the most common schematic symbols:

We know that components can be identified by their reference designator. However, there is no information on the size and capacity of these components. For example, consider the basic electronic circuit shown in the previous section fig. a. The circuit shows that the positive terminal of the battery is connected to the light-emitting diode through a resistor, R. But there is no other information about the attributes of these components (resistance value of the resistor and the voltage capacity of the battery).

Sometimes additional attributes can be given to the symbols (power ratings and tolerances, etc). This helps us in identifying the appropriate components for the circuit. Some of the common attributes of a component are:

The international system of units

The values of attributes can vary from very small to extremely large units. To avoid filling circuit diagrams with long repeating strings of zeros for values like 1,000,000,000 or .0000000001, we use the International System of units for values (SI).

The below table shows the SI units that are generally used on schematic diagrams.

What is the difference between schematic and wiring diagrams?

The schematic diagram does not show the practical connection between the components or their position. It contains only symbols and lines.

A wiring diagram is a generalized pictorial representation of an electrical circuit. The components are represented using simplified shapes in wiring diagrams. Wiring diagrams generally give detailed information about the relative location and arrangement of devices.

How to read a PCB schematic?

To understand a PCB schematic, it is essential for us to learn how the components on the schematic are connected. It contains information about various components and the operating conditions of the circuit.

Read our post on schematic and netlist checks to ensure error-free designs to understand schematic netlist and its generation using Altium Designer.

A junction is formed when two or more wires intersect at a point. This junction is represented by placing a little dot (node) on the point of intersection as shown in the below image. To learn more, read Network Theory for Better PCB Design and Development.

Nodes help us to identify the connection among the wires intersecting a point. The absence of a node at a junction means two separate wires are just passing by without any electrical connection.

In order to make the schematic diagram more legible, the nets are labeled with their names, rather than drawing lines to show the connectivity.  It is assumed that the nets with the same name are connected even though there isn’t any visible connection made. The image below shows an example of a schematic diagram in which nets are labeled with their names.

What is the difference between schematic diagram and layout?

The schematic is a drawing that defines the logical connections between components on a circuit board whether it is a rigid PCB or a flex board. It basically shows you how the components are electrically connected. A schematic contains a netlist which is a simple data structure that lists every connection in the design, as specified by the drawing. The below image shows an example of a schematic diagram.

In contrast, the PCB layout shows the exact physical locations of every component on the PCB and shows the physical wires (traces) that connect them together. An example of a PCB layout is shown below.

How do you create a schematic diagram?

If a design uses a hierarchical schematic, where numerous functional diagrams are interrelated with each other, then it defines the relationship between groups of components in different schematic diagrams.

Below are the steps involved in schematic diagram creation using a PCB CAD tool:

Symbol generation: This process involves drawing the body of the component, adding pins and pin numbers, defining the symbol attributes, and assigning a footprint. The symbols are sometimes readily available in the PCB CAD software. To learn more, check out How to Create a Schematic and Symbol Library in KiCad.

Symbol attributes: It mainly consists of category, value, manufacturer, manufacturer part number, and supplier. It is recommended that every symbol on your circuit needs to have its own unique designator so that every part is easily identifiable.

What are the rules for drawing schematic diagrams?

Below are some of the best practices that should be followed while drawing circuit diagrams:

Schematic diagrams primarily consist of component symbols and the lines that represent the connection between the components. Understanding the schematic diagram is very important for designers in order to design a successful PCB.

We have now covered the basic concepts related to schematic symbols and schematic diagrams. Let us know in the comment section if there are any specific topics that you would like to read more about.