The study of resolving issues with electrical circuits and networks is called network theory. Network theory concepts are essential for network analysis which is critical for the design of PCB transmission lines and power distribution networks. You need to grasp the fundamentals of electrical circuits and network components to master network analysis. 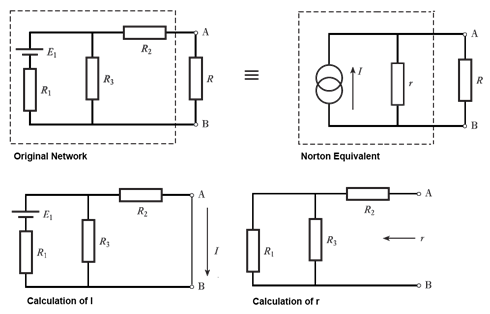 The study of resolving issues with electrical circuits and networks is called network theory. Network theory concepts are essential for network analysis which is critical for the design of PCB transmission lines and power distribution networks. You need to grasp the fundamentals of electrical circuits and network components to master network analysis.

Knowledge of network concepts is also critical to ensure streamlined PCB manufacturing processes. Here are a few concepts central to network theory that we will discuss through the course of this article:

What is the difference between electrical networks and circuits?

An electric circuit includes a closed path to facilitate a flow of electrons from a power source supplying current or voltage. Also, circuit elements can either be connected in series or in parallel or as a combination of series or parallel. Electrical circuits are a subset of electrical networks.

You can group network elements into different types depending on various parameters:

When network elements need power to function it is known as an active element. Examples include microprocessors, opamps, etc. Passive components are those which cannot be controlled by other signals and can absorb or store energy. Examples include resistors, inductors, and capacitors.

Here network elements are classified according to the direction of current flow through the elements.

Here is a list of terminologies central to Network Theory:

Current – The time rate of charge flow is called current and is denoted by “I” measured in Amperes (Coulombs/second).

Electron current flows from the negative to the positive terminal of the power source. This is obtained from the movement of free electrons.

Conventional current flows from the positive to the negative terminal of the power source and is generated from the movement of free positive charges.

Voltage – The electromotive force that results in charge flow is called voltage. It is denoted by “V” and measured in Volts

Reactance is a combination of capacitance and inductance in an AC circuit. This is denoted by X, with the inverse (1/X) being the susceptance (b).

Impedance is the combined result of inductance and capacitance in an AC, denoted by Z. This inverse (1/Z) is called the admittance Y.

Resistance in a circuit denoted by R. The reciprocal of resistance (1/R) is conductance denoted by G.

Capacitance of an electrical network is denoted by C.

Inductance within an electrical network is represented by L.

Ohm’s Law states that the current through a conductor between two points is proportional to the voltage across the two points.

R = V/I where R is the proportionality constant called resistance. V denotes the voltage and I is the current.

Inductors follow the same principle as resistors with regard to impedance and voltage that is (L = L1+L2+L3…) for series inductors. For capacitors in parallel, (C= C1+C2+C3).

What are Kirchhoff’s laws?

Kirchhoff’s circuit laws deal with the relation between current and voltage in electrical circuits.

Kirchhoff’s first law also known as Kirchhoff’s current law states that the sum total of currents at a circuit node is equal to zero.

The second law of Kirchhoff states that the sum total of voltages around a loop equals zero.

What is a network theorem?

A network theorem is a provable statement that can be applied to solve circuits for voltages and currents. Here are some frequently used network theorems:

Tellegen’s theorem states that the sum total of power in all branches of a network equals zero, provided the network also conforms to Kirchoff’s Laws. For a network with b number of branches:

This is widely applicable to a broad range of problems and it holds good for every type of network element – passive, active, linear, and non-linear.

Thévenin’s theorem states that any set of network elements in a circuit can be replaced by a single voltage source and series resistor connected to a load. The corresponding voltage is determined by having the branch open circuit, and in case of resistance is computed by short-circuiting all voltage sources.

Norton’s theorem states that any set of network elements can be represented by an individual current source and parallel resistor. You can calculate the corresponding current by short-circuiting the branch. Also, you can determine the resistor value by shorting out any voltage sources.

What are the different types of network analysis?

Network Analysis is a structured method to mathematically analyze a network. This is useful to engineers in solving circuits with multiple component configurations and sources of power and voltage. Also, performing network analysis enables designers to weed out inefficiencies in circuits and streamline the network design. This requires a strong command over network theory concepts. You can also implement network analysis to facilitate network reduction techniques in electrical circuits which are needed to minimize the size and complexity of circuits.

Here are a few methods for network analysis:

Nodal analysis is a method to analyze circuits using Kirchoff’s first law.  You define node voltages as the variables in nodal analysis to find solutions. These are the steps to carry out nodal analysis:

Network topology is the graphical representation of electric circuits and is useful in analyzing complex electrical circuits. It is also known as graph theory and is an integral part of network theory.

Also read, an article on the Role of PCB Trace Current Capacity in Design

What is a network graph in network analysis?

A Network graph includes a group of nodes connected through branches and a node is an intersection point for two or more branches. Also, you can define a branch as a line segment that connects two separate nodes.

Network Theory concepts are vital when it comes to PCB design. Aspiring PCB designers and even established professionals need a good understanding of network theory to design efficient networks and PCBs.

PCB Design Checklist to Build a Flawless Board