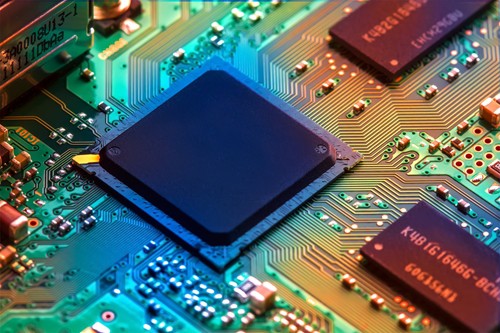 One of the most famous and well-established tenants of the tech sector is Moore’s Law—that the number of transistors incorporated into dense integrated circuits doubles every two years. Of course, Moore’s Law is a prediction, not a rule of nature, and there’s a lot of debate as to whether technological advances will keep pace with the theory. What’s certain, though, is that electronics have been and will continue to get smaller and smaller. And this creates excellent opportunities for microelectronics developers and manufacturers in the years ahead, especially as the components shrink further and gain greater capabilities.

To get a better sense of the potential here, it’s worth looking at the current microelectronics and related markets, as well as some of the most exciting applications currently emerging in this space.

The Microelectronics Market
Microelectronics is a broad category, encompassing a wide range of devices and materials. To get a complete sense of how quickly this space is growing, it’s necessary to take an expansive view.

Consider, for example, the related global semiconductor market. World Semiconductor Trade Statistics found that this market is poised to experience about 2 percent growth in both 2017 and 2018, with total sales eventually reaching $341 billion, News Electronics reported.

“The global semiconductor fabrication market will see a CAGR of 4 percent through 2020.”

Technavio offered an even more optimistic projection, predicting the global semiconductor fabrication market will experience a compound annual growth rate of around 4 percent from 2016 through 2020. That report emphasized that the need for microfabrication will be a primary driver for the market.

Getting more specific, a MarketsandMarkets study of the microelectronics cleaning equipment space revealed that this industry is on pace to reach $5.9 billion next year. That represents a CAGR of more than 16 percent between 2012 and 2017.

Another specific example: The worldwide server microprocessor market is projected to reach $15.3 billion by 2020, according to IDC. That represents 2.2 percent increase over this year, which will see 22.9 million units shipped.

Microelectronics Applications
Considering all of this market growth, it should come as no surprise that the number and variety of applications for microelectronics technology are increasing quickly.

In October, a Frost & Sullivan analysis offered a rundown of some of the top technologies in microelectronics in 2015. This lengthy list included everything from near-field communication to wireless charging to smart haptics to wearable electronics—a topic we previously explored at length as it relates to the health care sector.

Beyond these categories, it’s also worth considering more specific and eye-opening uses of microelectronics technology. For example, researchers at Harvard University and MIT recently developed “RoboBees,” the National Science Foundation reported. As the name suggests, these are robotic, autonomous insect-like devices. These RoboBees have many potential uses, including reconnaissance, communication and artificial pollination.

To develop this technology, the researchers needed to conduct advanced research in several areas, most notably micro-manufacturing methods. This has led to significant breakthroughs, as Robert Wood, professor of Engineering and Applied Sciences at Harvard University and principal investigator of the RoboBee project, told the source.

“[S]everal of the RoboBees principal investigators are now participating in a DARPA-sponsored project making new surgical tools based on the popup microfabrication technologies developed in the RoboBees project,” Wood explained.

In another direction, researchers are now using 3D-printed microelectronics to develop integrated circuitry and passive wireless sensors, as Nature reported. These microelectronic components include resistors, inductors, and capacitors. The end result? The potential for more innovative approaches to 3D systems, such as a monitoring system to precisely track the temperature of liquids to ensure they remain at safe levels.

Looking Ahead
These examples demonstrate how quickly the microelectronics field is developing, and suggest the potential for new advancements. With that in mind, it’s worth considering how this space may change in the near future.

One of the most notable factors to consider is the rising potential held by microelectronic printed circuit boards. A fast-developing area, micro PCBs are opening up new possibilities for microelectronics. We’ll dive much more deeply into this topic in upcoming blogs. For now, suffice to say that those organizations that are able and willing to embrace this technology will have the opportunity to gain a significant advantage in the coming months and years as the market matures.