Aviation and Aerospace PCBs: Is Sky the Limit for PCB Manufacturers?

The aviation and aerospace industry has witnessed significant growth over the past few years owing to the rising investment by various space and aviation agencies across the globe. It is estimated that the number of aircraft carriers will double over the next two decades. 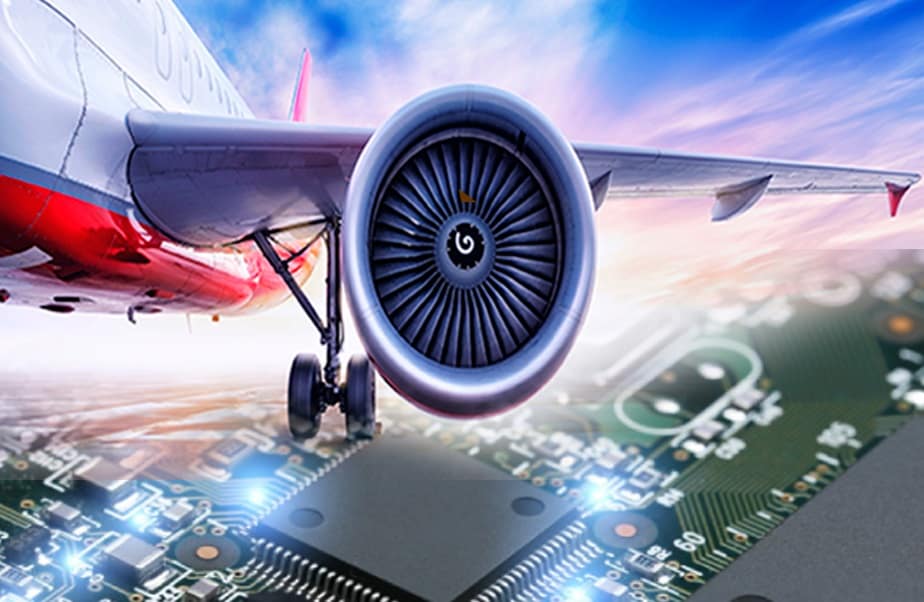 The aviation and aerospace industry has witnessed significant growth over the past few years owing to the rising investment by various space and aviation agencies across the globe. It is estimated that the number of aircraft carriers will double over the next two decades.

Particularly, the aviation industry will witness significant growth in the Asia-Pacific region. Further, the extensive demand for simulators for pilots will drive industry growth as well. It is predicted that more than 900,000 pilots will be required over the next 20 years to meet an ever-growing demand. Passenger aircraft vehicle is likely to be the most vibrant segment in the aviation industry. This will drive demand for aviation PCBs in the near future.

The reliability of PCBs can be enhanced during designing and fabrication processes. However, the adoption of cutting-edge technology during manufacturing processes improves performance.

Another major requirement of an aerospace PCB is repeatability. To ensure 100% repeatability, each process is standardized by quantifying various elements such as the process control and measurements. Additionally, several processes are implemented such as destructive physical analysis (DPA) and statistical process control (SPC) analysis to ensure no defects occur during the fabrication and manufacturing processes.

To know more about flex PCBs used in satellite applications read our article Flex PCBs in Satellite Applications: Lighter Than the Clouds.

The aviation and aerospace circuit boards should be capable of withstanding up to 2000 cycles from -40°C to 145°C (normal boards may withstand 120-300 cycles) and withhold up to 30 cycles at 570°F (three times that of the new lead-free T288 test requirements.)

Our products not only increase profitability and competitiveness for customers but also offer the following benefits:

Due to increased space access, flight velocity, and mission power thermal management has become vital more than ever. Read our post on PCBAs for aerospace thermal control to learn various parameters like thermal interfaces, material selection, circuit board design, etc.

PCB manufacturers across the globe are expected to follow certain industry standards to ensure better operational performance and higher reliability of PCBs for aviation and aerospace applications. Some of these standards are derived from the International Organization of Standardization (ISO), which is universally recognized. Several QMS standards are the byproduct of the International Organization of Standardization (ISO) standards. For instance, AS9100D provides a list of the QMS requirements for suppliers to the aerospace industry. These standards focus on in-house and outsourced manufacturing processes. Also, AS9100D reiterates management responsibilities and emphasizes on customer satisfaction.

Other standards such as IPC 6012DS focuses on release requirements, minimum plating requirements, etc. The changing dynamics of the satellite industry have driven the need for advanced standards that go beyond IPC Class 3A standards. The development of the J-STD-001 standard elevates some of these requirements of satellite PCBs. It is clear that some of these rules and regulations are meant for PCB designers in general. These design rules have been made compulsory for factors such as process control, and release, and DPA.

For instance, a satellite PCB has a higher number of micro-sections in comparison with a regular circuit board. Thus, it is critical to follow certain standards as per the requirement of the customer for high-end applications. Additionally, these standards must be followed during end processes including quality analysis, testing, reporting, and micro-section analysis. These processes are strictly implemented due to mission criticality associated with these applications.

Norms and Regulations for Manufacturing PCBs

In our discussion with Paul Cooke on aviation and aerospace circuit boards and their challenges, we came to the conclusion that the RoHS initiative in aerospace and defense is irrelevant owing to the nature of product application and external conditions. For instance, most of these aviation and aerospace circuit boards use leaded HASL, which is not preferred due to the environmental hazards it causes. The use of any other material instead of leaded HASL will increase the risk factor associated with these PCBs. Moving to a different surface finish can lead to increased temperatures, which poses potential risks.

Paul Cooke further states that it is difficult to implement a RoHS type initiative within aviation and aerospace. However, the use of ENIG for manufacturing processes is gaining popularity. It is highly preferred for suppliers to use the leaded materials for assembly processes.

Aviation and aerospace board future prospects

Development of advanced materials that are suitable for high-frequency applications will help manufacturers to increase the lifespan of PCBs up to 15-20 years Currently, polyimide is widely used for geostationary satellites. However, the lower-orbit satellites, which have a lifespan of two to three years, require advanced materials. Several materials such as Rogers are gaining popularity in the space application.

As per our industry experts, the big challenge is getting electronics from the ground to space. The development of high-end technology and embedding these technologies in satellites are the point of contention among PCB manufacturers. Well, the future does look bright for those who have an eye for manufacturing!