The automotive industry is in for a treat! The young inventors of Stanford University are crafting a solar car which purely runs on clean energy. The Stanford Solar Car project is run by the students of Stanford with a primary focus on sustainable technology. 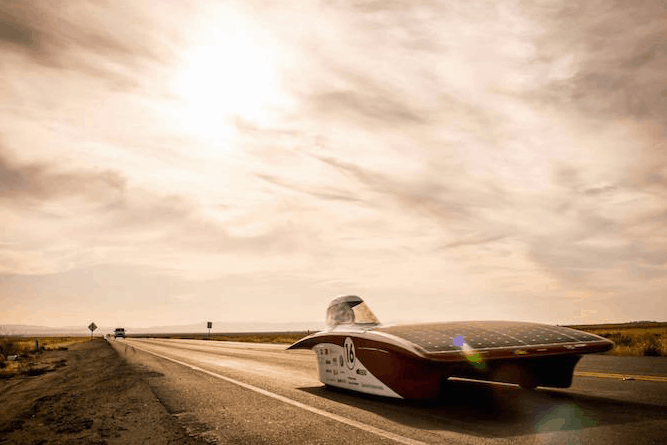 The automotive industry is in for a treat! The young inventors of Stanford University are crafting a solar car which purely runs on clean energy. The Stanford Solar Car project is run by the students of Stanford with a primary focus on sustainable technology.

Like a tradition, the solar car team designs, assembles, and races a solar car across the Australian Outback in the Bridgestone World Solar Challenge, every two years. The team developed a sleek and aggressively designed solar car called Sundae, in 2017. Sundae featured an asymmetrical catamaran aerobody which made it look like a car from a sci-fi movie. This time we are sure that the team will surprise us with their new futuristic model. The new car will be unveiled in mid-July this summer.

The solar car project is categorized into different teams that synchronize together to build this prototype.

The Brains Behind The Wheels

To start with, the array team has made immense progress in designing and analyzing the different module layouts suitable for the solar car. This team is collaborating with Alta devices and has finalized its array design.

The battery team keeps the wheels in motion. Harvesting solar energy and efficiently storing it, puts the battery team in the driver’s seat. This team has made a significant contribution towards the design of their test pack. They are closing in on a stable race-oriented design.

The electrical team has successfully prototyped a potentiometer-based throttle and updated the steering wheel PCB. They have also completed a controller board which holds five light controllers. The team is grateful to Sierra Circuits for wrapping up the vehicle computer.

We are overwhelmed with all the hard work put into this entire project by these young minds. We believe the whole race is about technology moving ahead rather than the cars touching the finish line. But go Stanford!

Also, read our case study on design of a motor control board.