PCB2DAY: What Will Rick Hartley Teach You?

According to Rick, the principal objective of attending PCB workshops is to bridge a gap in knowledge. “There are so many people that don’t acquire this kind of information in college, he told us, and who need it in order to successfully design circuit boards that don’t have signal integrity issues and pass the EMI test.” 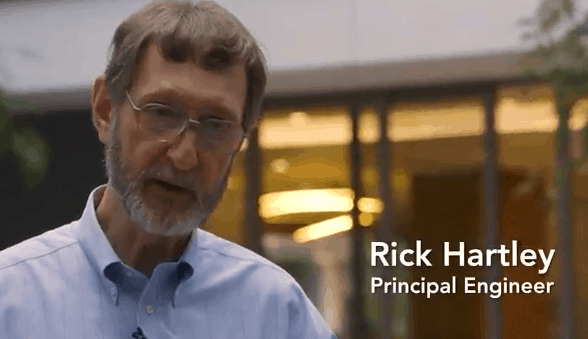 On Wednesday, February 22, the Sierra team flew to San Diego to attend a two-day workshop on noise, electromagnetic interference and signal integrity control in high-speed PCBs. This event – called PCB2DAY – was initiated by UP Media, the publisher of PCD&F Magazine and the host of PCB West.

For its first edition, PCB2DAY featured a class presented by Rick Hartley, former Senior Principal Engineer at L-3 Avionics Systems. Now retired, Rick travels the world to spread his knowledge to designers and engineers always on the lookout for some good PCB learning and understanding. As the size keeps shrinking and the performance keeps getting greater and greater, designing a board without noise, EMI nor signal integrity issues can be complicated. But you already know that, right?

According to Rick, the principal objective of attending PCB workshops is to bridge a gap in knowledge. “There are so many people that don’t acquire this kind of information in college, he told us, and who need it in order to successfully design circuit boards that don’t have signal integrity issues and pass the EMI test.”

“Nothing is true until you prove it’s true,” Rick Hartley.

Once all the attendees took a seat in the Hilton classroom – ready to soak up the Word of the EMI Jedi, as some of our followers call Rick – he started his presentation saying, “Nothing is true until you prove it’s true.” Yes, that even included everything he was about to say. If you attend PCB2DAY in Raleigh, North Carolina, or Chicago, Illinois – and you should! – Rick will tell you how important it is to not believe everything you read or are told.

So, should you believe him when he says, “You’re kidding yourself if you’re using these,” as he is drawing on a whiteboard:

Attend PCB2DAY and decide for yourself!

“The biggest problem is the belief that the energy is in the voltage and current,” Rick Hartley.

One of the things Rick truly believes in is the physics of energy movement, “It is important for so many reasons! The biggest problem that so many people have with energy movement is the belief that the energy is in the voltage and current. But it isn’t.” At the very beginning of the workshop, Rick insisted on the fact that “the voltage and current are nicely contained within the trace and the return path of a PCB transmission line but it’s the fields that are really the issue because they carry the energy.”

In order for the fields to stay contained nicely, you have to learn how to do the right design procedures in the board. Rick will tell you that if you change layers improperly or don’t stack the board properly, the fields won’t stay contained and you will get energy spread which will lead to EMI problems, other types of interference problems, and sometimes signal integrity issues. 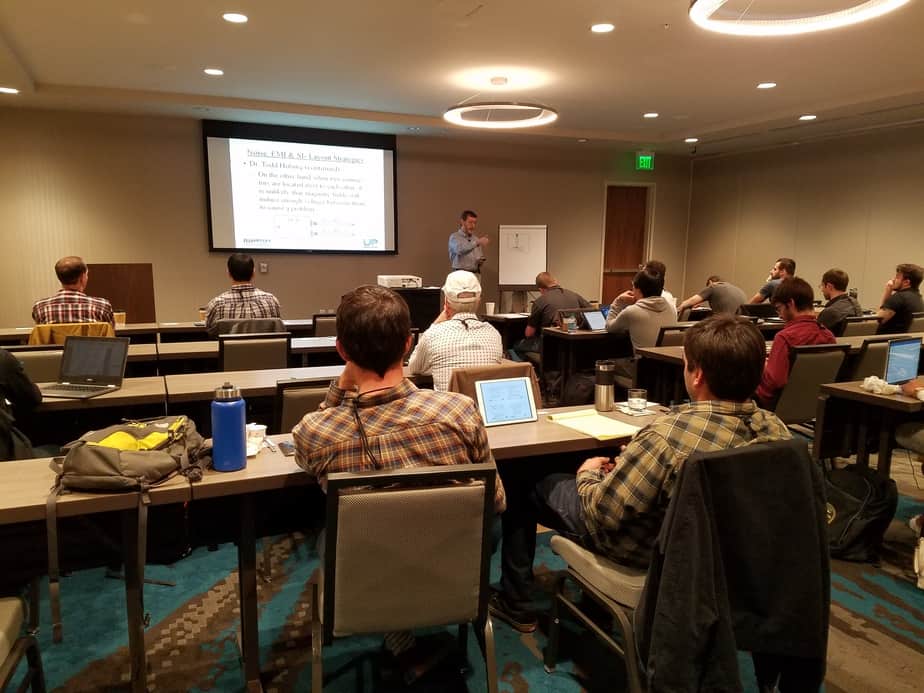 Now, let the class begin. Rick covered a wide range of topics from the impact of circuit frequency on design, the basic circuit behavior, crosstalk and differential pairs, the basic concerns with EMI, to the power distribution to control signal integrity and EMI.

“Rick is in the Top 5 experts in the field of signal integrity,” Randy Clemmons, PCB Designer.

What about the attendees? What did they think about the two-day workshop? Kazuhiro Yokoi, Open Innovation Manager at Fujifilm, said, “The class was great! It’s good to know what the difficulties are to avoid them when designing a circuit board.” Randy Clemmons, a PCB Designer, did his homework before attending the class, “I’ve read and studied a lot of Rick’s material that we can find online. Today, he taught me a lot about the importance of good stack-ups. I would recommend to anyone who has the opportunity to see one of Rick’s presentations to do it! He is well-known in the industry and I believe he is in the Top 5 experts in the field of signal integrity.”

“Today, I learned how to make and put together a good quality circuit board, Tom Burek, PCB Designer at Ametek, said. I had a lot of specific questions that Rick was very good at addressing. He even provided a one-on-one time to help us with design issues.” Just like Rick, Tom believes that you cannot trust everything you are told, “A lot of times you read multiple papers that may not always be relevant. Everyone has their own ideas but Rick provided very good evidence and detailed examples of why designing a circuit board in a certain way will solve some of the problems you have.”

Do we still need to tease you to make you want to attend the Raleigh and the Chicago PCB2Day workshops? Ok, let’s try this:

To find out why and learn more, register now and get 25% off Sierra’s services with our promo code “PCB2DAY2018”.

After registering, read our article on PCB transmission lines and download our Controlled Impedance Design Guide. These will be helpful…

“There is no way to give high quality at a low price,” Rick Hartley.

Let’s sum up this workshop by stating that if you don’t want to have noise, EMI and signal integrity issues, the best way is to not pick cheap manufacturers. Listen to the EMI Jedi, “I’ve been in the industry for 53 years now, and I’ve seen so many examples of circuit boards that failed way before their time or that caused serious problems because of low-cost and cut-rate fabrication shops.” We cannot agree more with Rick when he claims that “when you cut cost, you cut corners, it is that simple. There is no way to give high quality at a low price without cutting something.”

And since “nothing it’s true until you prove it’s true,” Sierra is willing to welcome you for a facility tour in Sunnyvale, California, so you can make your own mind. Call us at (800) 763-7503!