The Building of the Internet of Underwater Things

It looks like a torpedo, it can dive up to 328 feet, it does the job whenever it’s too risky or expensive to send humans… Of course, it’s an Internet of Underwater Things robot! 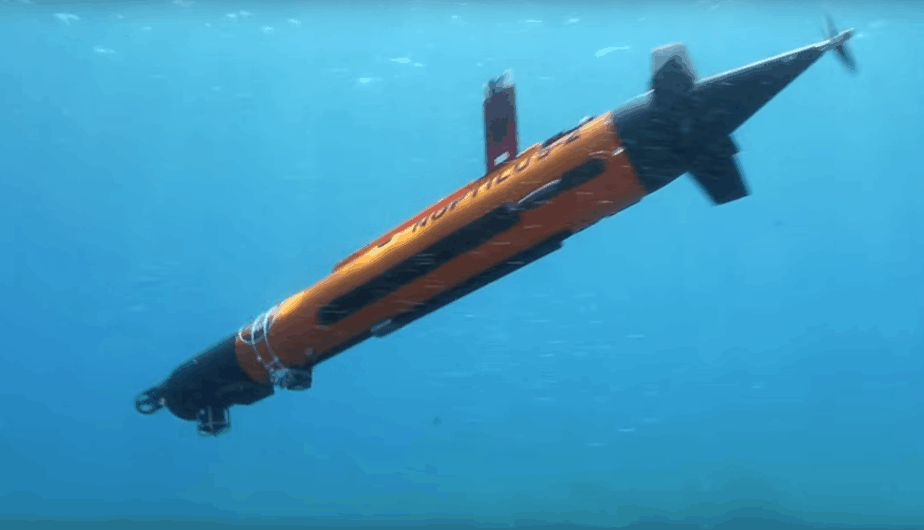 It looks like a torpedo, it can dive up to 328 feet, it does the job whenever it’s too risky or expensive to send humans… Of course, it’s an Internet of Underwater Things robot!

And behind every robot is a human. In this case, we are talking about a group of American and European marine researchers who gathered under the Sunrise project to conquer the silent world. What did they do? They developed the Internet of Underwater Things. Just as the IoT enables electronic items to connect, the Internet of Underwater Things is creating a network of physical devices and vehicles that will improve the underwater data collection and communications.

Sunrise, which has recently successfully concluded, has enabled the networking of heterogeneous devices, such as drones, in seas, lakes, and rivers all over the world. Speaking to Euronews, Chiara Petrioli, Professor in computer science at the University of Rome La Sapienza and Sunrise coordinator, described the drones as “underwater robots that are able to communicate and operate with each other, creating the so-called Internet of Underwater Things.”

The Sunrise project researchers taught their drone submarines how to communicate with each other in order to exchange information by using sound signals. The main use of the submarines would be for port security, inspection of the ships that dock at the port, and environmental monitoring.

Each robot carries a particular set of sensors that scan the seas for specific missions. For instance, the Sunrise project conducted a few testbeds. One of them was a search for lost shipping containers in a harbor in Portugal. Another one was the exploration of the Sicily seafloor, looking for Roman marble columns. To do so, the researchers plunged several drones in one area and let them search for particular objects. The drones’ on-board sauna devices emitted pulses of sounds and listened for echoes. They communicated with each other, just like marine mammals and sharks do. By working together, they can gather more information and cover more space in a short time.

But how does acoustic communication between seabots work exactly? The vehicles talk to each other underwater using a range of frequencies. They transmit data to a control center on the ground, such as their exact positions, and some environmental factors. For example, the temperature and the chemical composition of the water.

The control center, as its name suggests it, controls the submarines. It gives them directional instructions. It also monitors them almost in real time with the use of acoustic channels when they are underwater and radio when they are at the surface.

Sunrise had to create its own language to allow these very different devices to be able to talk to each other. They had to make the whole system completely interoperable. Janus Esperanto 3.0 is the first integrated submarine acoustic communication standard. The system has been tested on a dozen different devices. This includes surface robots, autonomous underwater vehicles, and underwater nodes with different sensing capabilities running various middleware.

A testbed was also set up on the North East coast of the United States. This was through the Nu Monet (Northeastern University Marine Observatory NETwork) project, funded by the National Science Foundation (NSF).  Stefano Basagni led the project. He is an Associate Professor in Electrical and Computer Engineering at Northeastern University in Boston, Massachusetts. He told us, “These testbeds formed a ‘federation’ as they are all controllable remotely and uniformly, with tasks that can be assigned to their devices through the Sunrise Gate, accessible and usable as if it was a web-based video game.”

“Among the main and most innovative characteristics of the Sunrise systems we can mention its stability in the face of changing networking events, adaptability to time and space varying environmental conditions and self-learning, he also mentioned. It is paramount to define systems that allow data to travel to their intended destination safely and soundly, independently of the frequent sub-surface mutating events. Sunrise has also fostered the development of a framework implementing cyber-secure communications, enabling secure data transfer as it happens in terrestrial networks.”

Because more than 70% of our planet is below water, the consumer market already offers products that can be used underwater. We have had waterproof watches for a few decades now, our smartphones are almost all water resistant, and systems to help divers communicate through tablets are currently being tested.

The challenges along the way

However, the Internet of Underwater Things remains in its infancy. Projects like Sunrise and Nu Monet have come a long way but there are still some big challenges to overcome. And it will require more time and even more hard work to fully develop this technology.

Professor Basagni explained, “The main technical challenges for a widespread diffusion/deployment of technologies for the Internet of Underwater Things stem principally by the very nature of the underwater environment. This is particularly hostile to the usual, terrestrial forms of communicating. Especially in the wireless domain.”

A new NSF-funded project called SEANet was recently started at Northeastern University. The main focus is to build underwater acoustic modems. They will hopefully contrast the challenges of slow data rates typical of current technology. Professor Basagni said, “To this purpose, we are exploring new, unexplored ways for acoustic communication. We are relying on the properties of certain materials, etc.”

“Solutions for the Internet of Underwater Things as actual systems will be of interest to a very specific segment of the consumer market at first, he believes. This segment will include Defense Departments. For instance, coastal protection, harbor surveillance. And the fishing industry for application related to fisheries and aquaculture.”

So far, SEANet collected $1,107,999 to successfully direct its mission. The goal is to deliver its software-defined acoustic networking framework that will reconfigure underwater networking. The project should end in September 2020. To be continued…