The video entitled “Hey Buddy, Can You Give Me a Hand?” was posted on Boston Dynamics YouTube channel yesterday and already has more than 1,8 million views. Well played for the company which brought its dogbot in the spotlight in the blink of an eye! 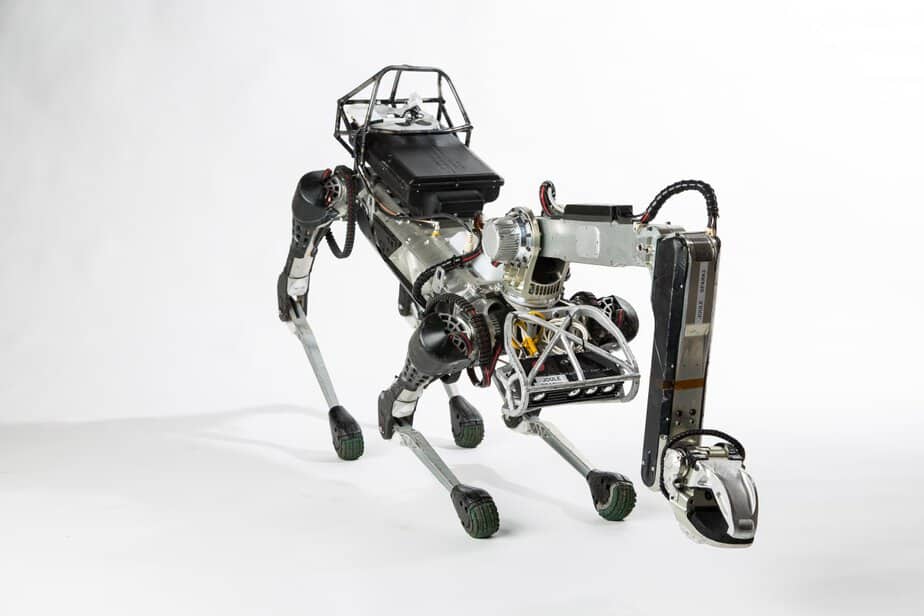 If you ask Boston Dynamics what is its purpose, you will be told that it is to change “your idea of what robots can do.” Now get ready to be amazed because its latest version of the SpotMini robot can open doors for its friends with its jaw. And if you think that this can’t be as impressive as the dancing bot that can do backflips, well just watch this video:

The video entitled “Hey Buddy, Can You Give Me a Hand?” was posted on Boston Dynamics YouTube channel yesterday and already has more than 1,8 million views. Well played for the company which brought its dogbot in the spotlight in the blink of an eye!

All over the Internet, people get goosebumps watching the SpotMini – which is a smaller version of the Spot robot – figuring out all by itself how to open the door to set its friend bot free. This robot cooperation is a major step in AI. And of course, everyone is freaking out on Twitter comparing the SpotMini to the AI-enabled killer dogbots that hunt humans in the sci-fi TV show Black Mirror. We can’t wait to see what Elon Musk has to tweet about this!

Also, is it just us or this video of the SpotMini opening a door with its jaws reminds you of the Jurassic Park kitchen scene? Kind of, huh? Here come the goosebumps again!

On its website, Boston Dynamics describes the SpotMini as “a nimble robot that handles objects, climbs stairs, and will operate in offices, homes and outdoors.” The dogbot measures 33 inches and weighs 66 lbs, or only 55 lbs if you don’t assemble the neck with the jaw. It can walk around for about 90 minutes on a charge carrying a payload of up to 31 lbs.

The four-legged robot is all-electric and comes with a 3D vision system. It also has the ability to pick up and handle objects using its 5 degree-of-freedom arm – this is what Boston Dynamics calls its robot’s giant neck and jaw – and beefed up perception sensors, which include stereo cameras, depth cameras, an IMU (Inertial Measurement Unit, a self-contained system that measures linear and angular motion usually with a triad of gyroscopes and triad of accelerometers), and position/force sensors in the limbs.

And rest assured, your dogbot won’t disturb you at home or at the office: The pioneering robotics firm ensures that the SpotMini is the quietest robot it has ever built.

The world’s most dynamic humanoid, as the company calls it, can use balance and whole-body skills to achieve two-handed mobile manipulation. Yes, it is the robot that can do backflips!

Handle combines the rough-terrain capability of legs with the efficiency of wheels, which are fast and efficient on flat surfaces while legs can go almost anywhere.

The MiniSpot’s big bro is a quiet four-legged robot equipped with rough terrain mobility and super-human stability designed for both indoor and outdoor operations.

Quote and order your circuit boards online with our SELF-SERVICE PCB tools in just a few minutes.