Drones are essentially flying robots that unlock easy movement in 3-dimensional space. They are either remotely controlled or can fly autonomously through software determined flight plans in coordination with sensors and GPS. 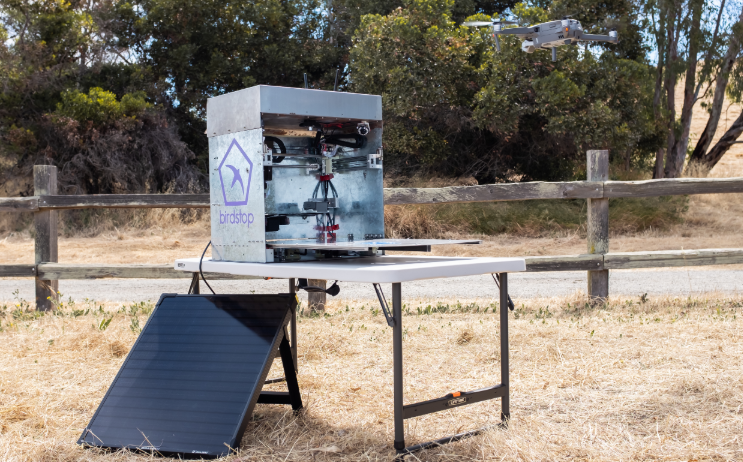 Look up! It’s a bird, it’s a plane, it’s a superhero! No, it’s a drone about to make a pitstop at Birdstop!

Humankind has revolutionized every field of science, building inseparable bonds between sentience and automation. Of all fields, flight has always captured our imagination. At the beginning of the 20th century, two brothers building bicycles took humanity into the skies for the first time, setting off an explosion in aviation technology. Within a mere few generations, the skies have become dotted with human presence. Today, a human no longer needs to be in the cockpit for an aircraft to fly. The recent decade has seen a huge surge in Unmanned Aerial Vehicles (UAV) or Unmanned Aircraft Systems (UAS), colloquially known as drones.

Drones are essentially flying robots that unlock easy movement in 3-dimensional space. They are either remotely controlled or can fly autonomously through software determined flight plans in coordination with sensors and GPS.

As with many aviation technologies, UAVs were originally popularized by military applications. However, in recent years their non-military use cases have really been where the growth has been. UAVs are rapidly finding their way into applications like industrial inspection, logistics, precision agriculture, law enforcement, and more.

Unsurprisingly, Printed Circuit Boards (PCBs) have major application in the drone industry. For instance, the increased functionality in state-of-the-art PCBs have enabled he reduction in weight and increase in functionality of today’s UAVs. The PCBs used in drone technology are rugged and can withstand adverse environmental conditions. Similarly, the PCBs used in Birdstop docking stations are designed from the ground up to be performant and reliable under repetitive field deployment.

For all the wonders of unmanned aircraft, they are still ironically very human dependent. Today, operators often spend more time bringing a UAV to and from the location it is needed than on the actual flight itself. This is because UAVs have no means of subsisting permanently in the field, be it a plantation or an oilfield. For starters, the vast majority of commercial UAVs last no more than 20-30 minutes in the air, requiring a human on the ground ready to make a swap.

That’s where Birdstop comes in. By permanently placing a Birdstop docking station out in the field, drones no longer need a human present to operate. The docking station takes care of everything a human operator would do, including launching, landing, battery exchange, battery charging, and data transmission. It all closes up in a compact, rugged, weatherproof hangar to protect the drone until next needed.

Annually, an estimated $50 billion is spent in energy industry inspections. An additional $30 billion is spent in agriculture. The manual inspection methods used today have proven to be dangerous and inefficient, with inspectors going into the middle of nowhere on a repeated basis. In some sub-sectors, industrial inspectors face occupational hazards and fatality rates twice that of police and firefighters Birdstop allows assets and fields to be thoroughly looked at and analyzed with humans in the office, not in the field.

Birdstop CEO Keith Miao described the value proposition of the system as “drastically lowering the cost of local data collection for industrial and agricultural clients”. The product is like a pitstop for drones, turning them into Roomba-like tools that are operated repetitively by themselves.

Some have also made the comparison between Birdstop powered drones and satellites – instead of circling the globe, the drone circles a localized asset.

Birdstop is led by its CEO and inventor Keith Miao, a former technology manager at Google. The idea of Birdstop took root a decade earlier, when Keith was a student at Columbia University’s Earth Institute, analyzing agricultural field data and imagery. Over the years, Keith discovered how many industries routinely dispatch humans into remote locations to look at something. In 2016, when the regulation for Beyond Visual Line of Sight (BVLOS) drone operations moved forward, Keith saw an imminent solution for a much better way to “look at something”. The Birdstop team today draws expertise from Google, Tesla, and NASA with advisors across Industrials and Agriculture.