AI and Machine Learning: Similar and Yet Different

From there to now when it’s about big data, we have come a long way. Or rather it’s wise to say we have evolved, but with computers. Our evolution with computers has been so intricately combined that sometimes we even fail to distinguish them from our daily lives. We even often do not consider them something extraordinary; it’s more like how we always have been. 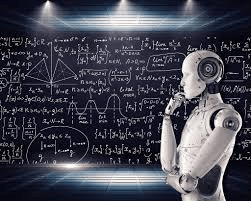 “The computer was born to solve problems that did not exist before.”— Bill Gates. You must be thinking this is such an odd statement to start today’s article, which is about high-end technology. Well though it’s because of this technology that we are standing here today, it’s also kind of confusing. Well, high-end technologies are bringing along some high-end confusion among high-end technical people. Understanding AI and machine learning is not a small feat. So let alone the state of mind of a common man.  There was a time when a computer took up an entire room to perform just basic stuff like calculations.

From there to now when it’s about big data, we have come a long way. Or rather it’s wise to say we have evolved, but with computers. Our evolution with computers has been so intricately combined that sometimes we even fail to distinguish them from our daily lives. We even often do not consider them something extraordinary; it’s more like how we always have been. 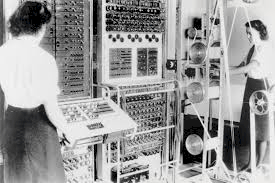 We are now in a stage where computer science is not anymore about computers really. It’s more of a booming market, full of exciting and innovative stuff. It is also full of new learning opportunities as well. Technology has a monopoly on consumption of our time. With such an exciting experience in our world today, are you motivated to generate something new?

Even if you are not, then you must be here to at least gain some substantial knowledge. We kind of assume that you are aware of today’s hottest buzzwords, AI and machine learning. Not only they share the same kind of popularity but also often seem to have been used interchangeably. But they are absolutely not the same thing. The fact that we perceive them wrong is the reason for this confusion.

AI is a quite broader concept of tasks being carried out by machines in a way that they are considered “smart”.
Machine learning is more like a current application of AI, where machines are given access to information or data, so that they can learn for themselves.

We in this article are going to step by step understand what AI and machine learning are? And then how are they different?
Artificial Intelligence (AI):

AI is one of the wildest imaginations of mankind, where man imagined a machine that would behave like them. That means until recently what required a human brain can now be achieved using AI. The term “artificial intelligence” is exceptionally wide in scope. The human brain is the widest and vague field of discussion and so is AI. Several decades ago, a pocket calculator was considered a form of AI, since mathematical calculations were restricted to human brains. Today, the calculator is no more even considered a gadget, therefore, “until recently” is something that progresses with time.

AI will always remain a moving target. It will be based on those capabilities that the human brain possesses and machines don’t. There is also another misconception that Artificial Intelligence is a system, but it is not a system. AI is implemented in the system. AI can refer to anything from a computer program playing a game of chess, to a voice-recognition system like Apple’s “Siri” interpreting and responding to speech. So basically whenever a machine executes a task based on a set of specified rules that solve problems (algorithms), such an “intelligent” behavior is what is called artificial intelligence. 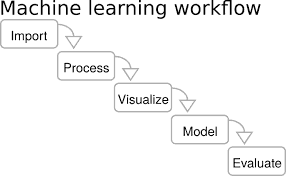 Isaac Asimov once told “I do not fear computers. I fear lack of them.” Why are we using this quote? Let’s go ahead and explore. Machine learning is based on what is known as “neural networks.” If it sounds complicated, that’s because it is. Neural networks are used for learning and training. They rely on certain factors of significance to determine the probable outcome of a situation and require programming by humans first. A neural network programmer must adjust the factors of significance in the outcome until the network reaches the required result from the information it has. Now just think if a neural network programmer is required to adjust and program every Google search! This is where machine learning kicks in.

Machine learning is all around you, whether you realize it is the question. Examples are automatic recommendations when buying a product or voice recognition software that adapts to your voice. Sounds more like the last recommendation on your online shopping app? That’s right, it’s all machine learning. Even the articles we write, why you think they come up while searching for a topic?

Once the neural network has been perfected and the machine understands how to adjust the factors of significance on its own, it can train itself to improve precision without human intervention. And once you train the machine, it can sort new inputs through the network and produce precise results in real-time. Though incredibly complicated and clever technique, it doesn’t really employ any intelligence as such.

Two important breakthroughs led to the emergence of machine learning. One of them being the realization credited to Arthur Samuel in 1959. It states that rather than feeding computers what to do, we might teach them to do it for themselves. The second, more recently, was the emergence of the internet, and the huge increase in the amount of digital information being generated, stored, and made available for analysis. It was then obvious for the engineers that they cannot teach machine and computers everything. It would rather be helpful if they code them like human brains. And then plug them to internet for access to the world full of data.

Then why are AI and machine learning being confused?

Lastly, let us take an example to make our lives a little simpler. If we plug different photos of the same animal, let’s say a dog, doing different things. Or maybe different dogs in different places. And tag them as dogs, the computer will learn. It will learn from the photos it is shown. Eventually, it will recognize that the dog is the common denominator in each set of data, in turn helping the computer learn to identify dogs.

Is there anything humanly intelligent about this thing? Not really, right? But if this algorithm is connected to cameras and speakers? It can recognize the object in front of it and given a voice can answer our questions. That’s more like humanly and intelligent. It mimics the human brain. It has become artificial intelligence.

As we come towards the end, let’s clear the air that prevails around AI and machine learning. When a machine is coded in such a way that it cannot only detect but differentiate between objects. It can make a choice to discard or accept them, based on understood criteria. Then AI is born. Whenever a machine takes a decision, it’s Artificial Intelligence. And it has gone beyond mere machine learning.