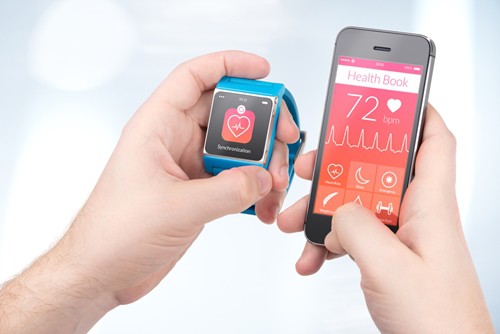 The healthcare space has seen tremendous technological advancements in recent years. Among the myriad of shifts that have occurred—the rise of electronic medical records, the development of new imaging capabilities, and so on—one of the most noteworthy is also, in a sense, one of the smallest: the accelerating popularity of wearables devices within the medical industry. 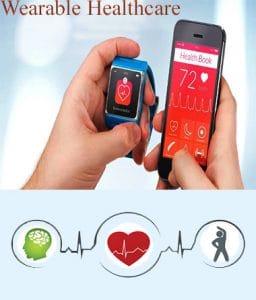 Whether worn or implanted, these devices will dramatically impact the healthcare sector, and both hospitals and startups are ramping up their efforts to utilize these devices.

The term wearable device encompasses nearly all electronics that, in one form or another, can be worn or implanted. While the line between wearable and medical devices can be blurry, for purposes of this article we are defining wearables as consumer goods and medical devices as items purchased by hospitals and other care providers. Gartner’s definition of wearables includes smartwatches, Bluetooth headsets, wristbands, sports watches, chest straps, and more. Notably, this does not include medical devices such as pacemakers, biosensors, or implantable EKG monitors.

Health-related wearables, including fitness wearables, have been instrumental in the technology’s rise in popularity. Around the world, the market for wearables has already experienced significant growth. Gartner found that 232 millions of wearable electronic devices were sold in 2015, and just shy of 275 millions in 2016. By the end of this year, the total sales figure is poised to reach 322 million. According to Business Wire, the global wearable medical device market is expected to reach an estimated $9.4 billion by 2022.

“Half of owners believe their wearables have increased their life spans by 10 years.”

Just as importantly, people are excited about the possibilities health-related wearable tech is bringing. More than half of U.S. consumers who own a wearable gadget now believe that wearables’ ability to monitor their vital signs has increased their life spans by 10 years, stated Digital Trends. While there’s certainly no guarantee that users will see such an amazing benefit from the technology, the source noted that a Northwestern University of Professional Studies report found that employees’ daily use of wearables reduced sick days by 44 percent.

Naturally, this increase in popularity has provided a great deal of motivation for startups. According to research from ReportsnReports, firms and individuals invested approximately $1 billion in wearable technology startups in 2015.

Wearables may receive more attention than medical devices in popular media, but the latter technology has a much bigger market. In the U.S., the medical device industry saw sales worth $136 billion in 2014, up from $95 billion in 2005, according to the Government Accountability Office. Additionally, Espicom estimated that this market will experience a CAGR of more than 6 percent between 2014 and 2017, Market Realist reported. Globally, the market for medical devices is significantly bigger, reaching $360 billion in 2014, according to Kalorama Information.

Of course, medical devices are an even broader category than wearables. Market Realist pointed out that the World Health Organization’s definition covers everything from implantable medical devices, such as programmable pacemakers, to tongue depressors. Some of the more sophisticated devices in this area offer truly remarkable possibilities for the future. For example, researchers in the U.K. developed a medical device that has been shown to help the body heal wounds 30 percent faster, Science Alert reported. Ultrasound waves produced via nano-vibrations in the skin cells surrounding the injury, allowing for a significantly faster healing time. If developed further, this device would not only greatly improve patients’ recoveries, but also save the U.K. National Health Service nearly $4.5 billion annually.

Wearables and medical devices have seen tremendous growth in the health care space and, crucially, are on pace to see even more development in the coming years. This presents major opportunities for startups and established companies alike.

However, these devices come with an entirely new set of design challenges and restrictions. Most obviously, wearables and medical devices must fit a large amount of computing power into small packages. What’s more, these gadgets need to be unquestioningly reliable, especially when it comes to keeping users alive, as is the case with pacemakers.

To learn more about Sierra’s flex PCBs, check out our flex PCB webpages.