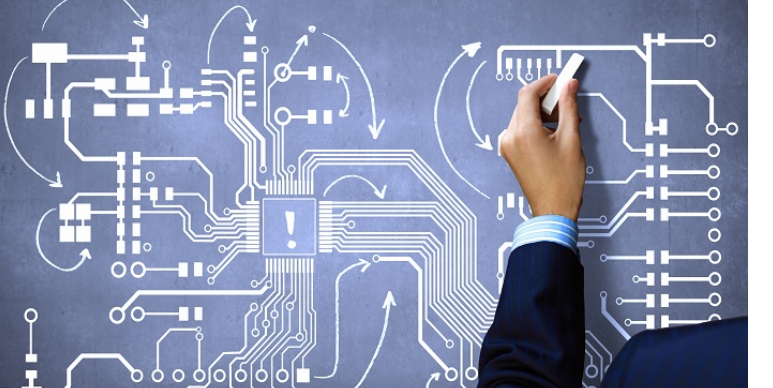 Designing with PCB assembly in mind is one of the most important and frequently misunderstood elements. This series is dedicated to helping you become a designing pro—someone whose PCB design has been optimized on the first try, ensuring a smooth quickturn PCB production process. Follow these tips when you design for assembly.

Design for Assembly: What It Means

Before going any further, let’s discuss what PCB assembly entails. After a PCB design is submitted and approved—be it flex, high density interconnect (HDI), or otherwise—it is fabricated. Once that is complete, the bare boards will need to be assembled with additional components, including processors and memory.

Simple enough. The problem that often emerges—at least, among those who are not yet PCB Masters—is that the initial PCB design does not fully take assembly into account. Instead, they focus exclusively on the board itself without broader context of how the board will be used within the product or application.

Overlooking PCB assembly can lead to significant complications. A PCB design may seem perfectly acceptable when viewed in isolation, but certain design decisions may make assembly difficult later on. For example, components may be situated too close to one another, which could lead to a non-functioning product, or cause performance issues. We’ll discuss this in-depth later in the article.

Then there’s also the question of component availability. In order for the PCB assembly process to flow smoothly—and, therefore, for the PCB production as a whole to progress effectively—the assembly vendor needs to have the requisite components on hand as soon as the boards arrive. If they aren’t available, the whole process will be delayed, undermining the value of a quickturn approach to PCB production.

Those are just some of the issues that will arise if you aren’t approaching design with PCB assembly in mind. The question is, how do PCB Masters avoid making these mistakes? Here are a few key tips.

One of the frequently asked questions posed by designers who are not yet PCB masters is in regard to the component-to-component spacing. Placing a component too close to another component can create various issues which may require redesign and refabrication, which results in a loss of time and money.

PCB Masters use several techniques to avoid part-to-part spacing issues during assembly. They design their footprint in such a way that there is always enough gap between component boundaries. This alleviates any potential issues that could arise from components being too close during placement. 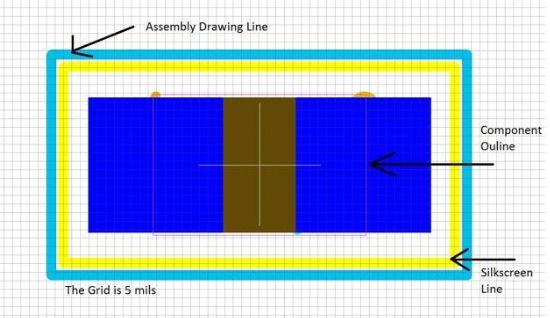 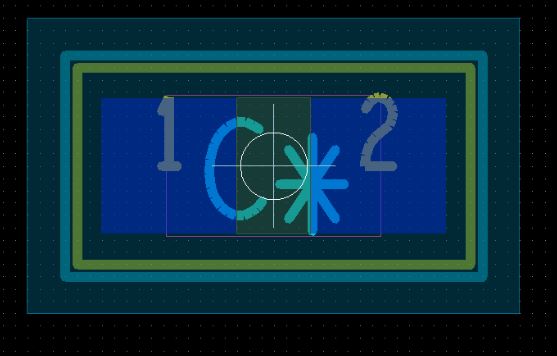 Place the bound shape around both the silk and assembly lines.

Ensure component rules, requirements, and proximity regulations have been established in your PCB design software. PCB Masters have specific component-to-component spacing guidelines for various part types. For example, the minimum spacing between discrete components like Caps and Resistors should always be at least 10 mils, with 30 mils being the preferred spacing. This simple action will help avoid many of the proximity issues. These issues can otherwise lead to assembly delays or other complications down the line. For additional spacing rules, refer to Table 1.1. 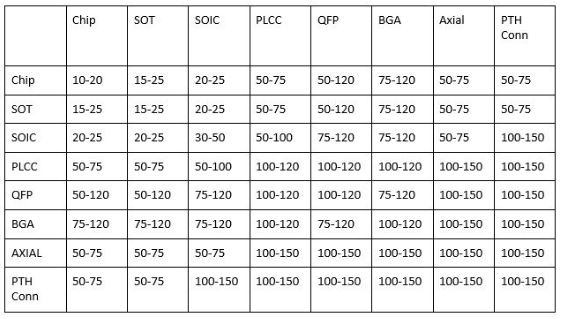 The above values can change, depending on the design constraints and the assembly vendor capabilities.

2. Choose Components During the Design Phase

PCB Masters choose components early in the design process, realizing that this is the best way to ensure there are no conflicts between the actual design and the components being assembled. If you factor in component sizes from the very beginning, component space and sizes are no longer a concern and the PCB assembly process can proceed without barriers. This also leads to the next tip.

The PCB designer should talk to the circuit designer and engineers to see if the component size can be reduced, creating additional space on the board. After all, a smaller part will mean a smaller footprint on the board.

Communication between the electrical engineer and PCB designer should begin during the early stages of layout. The designer should review the BOM and carefully examine the parts being used in the design. The designer may recommend larger components if there is space on the board and the current design uses unnecessarily small components. This will help avoid complications during assembly. For example, it is beneficial to use a 0402 size capacitor/resistor rather than a 0201 whenever possible.

A PCB Master would choose a 0805 capacitor over a 1206 cap—if the 0805 can fulfil all the necessary requirements. This will free up significant space on the board. 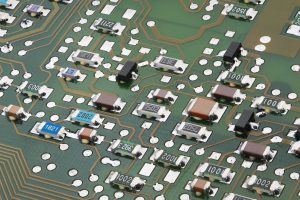 They are also manufactured by various vendors. Choosing these components will avoid delays during the assembly process. It also gives both the electrical engineer or the designer the option of choosing alternate parts without changing the schematic or layout, a timely solution to components not in stock.

Finally, it is important to choose the appropriate package size while in the PCB design phase. A PCB Master only chooses smaller packages when there is a good reason to; otherwise, lean toward bigger options. In too many cases, electrical engineers choose unnecessarily small component packages. This can create issues in terms of assembly yield, as it is more difficult to touch up and rework smaller components. Depending on the amount of rework needed, it may be more cost-effective to completely rebuild the board the remove and solder on new components.

After you’ve confirmed an ideal package size, you can begin choosing components in the same density category.

As mentioned above, component availability can potentially cause significant delays. However, PCB Masters avoid this issue by checking the availability of all components before beginning the design. If there are parts which require long lead-times, they can be ordered early and be consigned to the PCB assembly vendor. The assembly vendor can also handle the procurement of the more widely available parts, so every component will be ready and waiting when your boards are ready to be assembled. 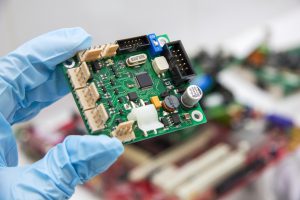 Check the availability of your components during the early stage of your design.

6. Keep Your BOM up to Date While Designing

A BOM is a key aspect of both design and assembly. If there are any issues in your BOM, the assembly house will place the project on-hold until the issues have been resolved with an engineer. One way to make sure your BOM is updated is to review your BOM any time there is a change in your design. When you add new components to your schematic while the layout is in process, make sure you’ve also updated the BOM with the correct part number, description, and component values. During the design process, the engineer might change a component due to long lead-times, size, or availability and forget to update the BOM with the new part number. This can lead to various assembly issues and cause delays.

The image below shows an example of the numbering key and various types of footprints.

Note the model numbers and the related pin for each.

Additional assembly details to keep in mind during the design stage include heat and wash. Make sure you know what the maximum heat levels of your components are, whether they can be washed, and the type of assembly it requires. If it will be hand-soldered, the board design must include the space for a soldering tool.

Make sure your capacitors all face the same direction. This saves the pick and place machine time during component placement.

Pay attention to components that emit heat. The space around these components must be carefully reviewed. Make sure heat does not negatively affect any components or traces around the component.

To continue on the path toward becoming a PCB Master, keep an eye open for the next piece in the series.

For more information on design rules, check with our DESIGN ASSISTANCE team.