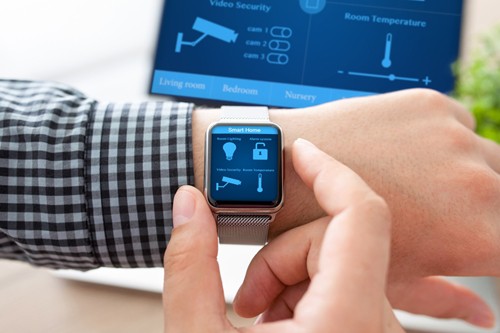 If you needed to make a single prediction for how the electronics market is going to evolve in the next few decades, perhaps the single safest bet you could make would be that the industry is heading toward microelectronics. That’s been the case for the past 20 years, after all, and there’s really no reason to think the near future will be any different. If anything, this trend may accelerate.

We recently covered the current state of microelectronics, including some of the most noteworthy applications of this technology. We also covered some of the most noteworthy benefits and challenges inherent to microelectronics design. Today, we’re going to take a closer look at a more specific part of this space: the micro printed circuit board. Micro PCBs play a key role in making microelectronic designs more efficient and effective, and are opening up possibilities that were previously impossible to achieve.

In that last blog post, we discussed how the shrinking size of electronics has created serious design difficulties. Most notably, the tighter trace/space on circuit boards causes signal loss, which leads to a wide range of problems. This includes diminished battery life and less efficient energy usage, both of which can severely undermine the value of a new microelectronic design.

The ideal solution for this problem is to utilize smaller PCBs that can accommodate these shrinking sizes without a subsequent drop in quality. Naturally, that’s easier said than done. Typically, the PCB industry’s movement toward micro has been driven forward by demand from device designers and manufacturers. But there are, or at least have been, limits to the minimum size of the trace and space, as well as the circuit board itself.

Recently, however, advances in micro PCB technology have made it possible to accommodate this shift. The key development: additive processes.

Until relatively recently, 3 millimeters was the minimum width for PCB traces and spaces. The problem wasn’t that PCB manufacturers were unable to produce lines below this number—it was that they couldn’t get smaller without sacrificing consistency and accuracy. This was an inherent problem with the subtractive approach to microcircuitry printing processes. The traditional approach is not precise at such small sizes, and as such, there will always be a degree of uncertainty in terms of the line thickness. As electronics and circuits get smaller, this lack of precision becomes more problematic and less acceptable.

With additive-based printed circuit board processes, though, this is no longer the case. Rather than removing copper (i.e. the subtractive process), the additive approach involves adding copper to the PCB. This technique is far more accurate, allowing manufacturers to deliver smaller tracing space and greater density per inch without encountering the signal loss problems highlighted above. This is largely thanks to the fact that additive processes can deliver universally uniform trace and space for signals to travel through, which cuts down on data corruption.

The end result of these advancements in micro PCB production techniques is that designers and manufacturers face fewer hurdles for their microelectronics goals. This creates the opportunity for greater innovation in numerous spaces.

For example, consider the Internet of Things (a topic we’ve covered previously here and here). In many IoT applications, small sizes are imperative. At the same time, though, devices, such as sensors, need to be able to function for very long periods of time without battery life becoming an issue. Obviously, the previously mentioned signal strength consideration is therefore a major factor in many of these designs.

But that’s not all. There’s the fact that production costs increase significantly as devices become smaller. It can quickly become cost-prohibitive for a company to pursue IoT designs.

“Micro PCBs that utilize additive processes can deliver much greater circuit board density.”

Micro PCBs that utilize additive processes can deliver much higher circuit board density, fitting a larger number of components in a smaller space. This dramatically reduces count, which means the total cost of production is far lower.

Now, companies can pursue IoT solutions with the knowledge that micro PCB production will not be an obstacle in ensuring their designs lead to profitable devices.

All told, micro PCBs make microelectronic advances more easily achievable, and improves the quality of the final products, all while cutting down on production costs.

Check back soon to see more about how micro PCBs are likely to evolve in the coming years.