Fast-growing IoT Market and the Need to Act Quickly 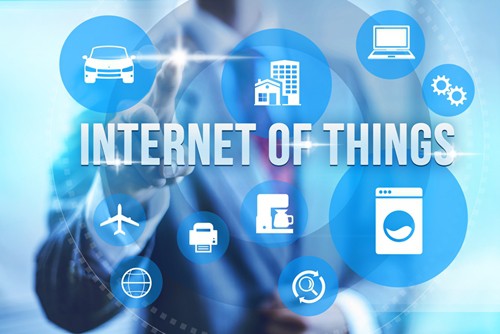 The Internet of Things represents a deceptively powerful technological development. While the IoT hasn’t received the same level of attention as other game-changing developments, like the rise of the cloud or big data, it may ultimately prove even more significant in the grand scheme. In this article, we’ll take a closer look at this fast-growing market, why the Internet of Things is so important, and how companies can position themselves to benefit from the upcoming changes.

The Internet of Things Defined
At its heart, the IoT is a very straightforward concept. The term defines a network of devices of all kinds which can be connected to each other and the Internet in some fashion. The key notion here is that the IoT can—and, in all likelihood, eventually will—include a tremendous range of machines and gadgets, all capable of creating and delivering vast amounts of data.

This has major implications for both businesses and consumers. Organizations will be able to deploy IoT-connected machines with sensors that are constantly accruing information about their surroundings and status, allowing firms to respond far more quickly to changing conditions. The IoT will also enable enterprises to embrace automation to an unprecedented degree, as interconnected systems of devices can be programmed to take particular actions based on virtually any cue. For instance, an office printer may be able to detect that it is low on paper and send a request for a resupply to the appropriate vendor, or a deep-sea drill can identify a change in ocean currents and adjust its speed to minimize the risk of failure.

Using the IoT can make life easier in countless ways. For example, smart technology, such as a sensor-driven thermostat, is growing in popularity as a means of optimizing temperatures and saving money on utility bills within homes. Such solutions depend on the interconnectedness of the Internet of Things.

All told, the “things” in the IoT include everything from transponders to monitors to any machine with sensors and Internet connectivity. The IoT’s impact extends to virtually every industry.

IoT Rising
Given the significant impact and expansive potential inherent to the IoT, it’s not surprising that this market is poised for enormous growth in the coming years. The only question is precisely how big this sector will become.

A recent report from Research and Markets revealed the IoT’s global market will reach $660 billion by 2021, up from $157 billion this year. That represents a compound annual growth rate of over 33 percent.

Taking a more expansive view of what the IoT market currently consists of, IDC is even more bullish. According to its analysis, the IoT market already stood at $656 billion in 2014 and will surpass $1.7 trillion by 2020, good for a CAGR of 16.9 percent. IDC emphasized that while most of the attention the IoT receives goes toward the consumer market, and particularly wearables, in reality the biggest opportunities will be in the public sector and enterprise markets.

Going even further, Machina Research recently determined that the revenue opportunity stemming from the IoT stood at $892 billion in 2015, and will ultimately reach $4 trillion in 2025. These massive figures take into account “missing” revenue that extends beyond the machine-to-machine forecasts that often form the basis of IoT market research. This includes potential revenue from IoT-related use cases, including application development, project work, platforms, middleware and data monetization.

Whatever number proves correct, the clear takeaway is that the IoT market is likely to explode in the near future, and that growth will almost certainly continue well into the next decade.

Seizing the IoT Opportunity
Naturally, such a fast-growing and quickly-evolving market presents major opportunities for businesses in every sector. For those entrepreneurs and business leaders, it is imperative to act soon. As competition heats up, the companies that can get high-quality products to market quickly stand to enjoy the greatest rewards.

What form should this action take? We’ll dive into this topic more deeply in a later blog post, but for now it’s worth emphasizing the importance of design and processes. Businesses need to make sure that they have the capability to develop and test new designs quickly, and they need to ensure those designs meet the standards necessary for whichever part of the IoT market they are targeting. This includes referring to a flex PCB design guide suitable for your flex or rigid-flex layout. Combining speed and soundness in this area will be the ideal recipe for achieving IoT success.