You might think that most PCB designers would know how to avoid the most obvious blunders that can gum up PCB assembly. But you would be wrong. I can tell you from daily experience that we’re just not there yet. So allow me to propose the 10 must-knows of PCB design for assembly.

1. Be sure all indicators are present.

The leading show-stopper in assembly is missing pin 1 indicators or component polarity/orientation indicators on the silkscreen. Nearly 75% of the assembly orders my facility receives fail to identify the location of pin 1 for each IC, or they misrepresent or neglect to indicate the polarity of some capacitors, diodes, or LEDs.

The best way to avoid assembly problems: Confer with your manufacturer before design even begins.

Obey the convention for marking the polarity of diodes, including LEDs: Put a K on the silkscreen layer at the cathode end. Alternatively, use the electrical symbol for diodes in the correct orientation to guide assembly. Never indicate diode polarity based on the anode pad. Use a K to designate the cathode or line up the diode symbol in the correct position. Don’t substitute any other marks or your contractor will misinterpret what you intend.

To orient tantalum capacitors, tag the positive side with a plus symbol on the silkscreen. Remember, tantalum capacitors can ignite if mounted with swapped polarity. Short of reverse- engineering a schematic there’s no way for a contractor to figure out part polarity unless it’s clearly displayed. Silkscreens must not interfere with pads, and symbols should not be printed beneath the body of any component.

Unless they reside in thermal pads, via-in-pads must be filled. The pad matrix on which a BGA will be installed may include through vias and blind vias, but all of them must be filled and planarized, or solder joints will be compromised. Incorporate vias in the thermal pads under QFNs to help solder flow through to conductive planes. The vias ensure a secure solder joint for the thermal pad and prevent solder from floating the package during assembly, which could hamper forming good solder joints at the QFN contacts. An assembly shop can compensate for a lack of through vias in a thermal pad by adding windowpane-shaped opening in the solderpaste stencil above the pad, to relieve solder pooling and outgassing during assembly, but the fix is less effective than if vias were present. 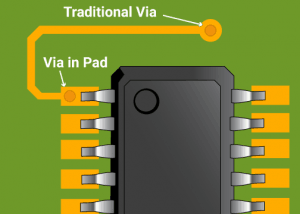 3. One pad for one connection.

Every connection to every component must have its own independent pad. Each pad must be commensurate in size with its mates. If two components share a pad—let’s say, a resistor and a capacitor—neither can be properly aligned during assembly. And if one pad is substantially larger than its mate for a component, component tombstoning can result from an imbalance of solder deposition.

If a pour or plane will be a point of contact, there must be a mask-defined pad of appropriate size. If a device involves non-solder mask defined pads for connections as well as solder mask—defined pads a BGA matrix on a loose pitch in which some adjacent outer balls are common to a ground pour, for example—stipulate in a design note that the board fabricator shall not edit the solder mask apertures for those solder mask-defined pads.

Sometimes the only package available for a particular device is a lead-free BGA. However, boards that will be used for military projects typically must be assembled with conventional leaded solder, per government requirements. The designer must either obtain a waiver from the customer to allow lead-free assembly; modify the design to use a device that is available in a package for assembly with conventional leaded solder; or have the BGA reballed for leaded solder (an expensive procedure that can damage parts). 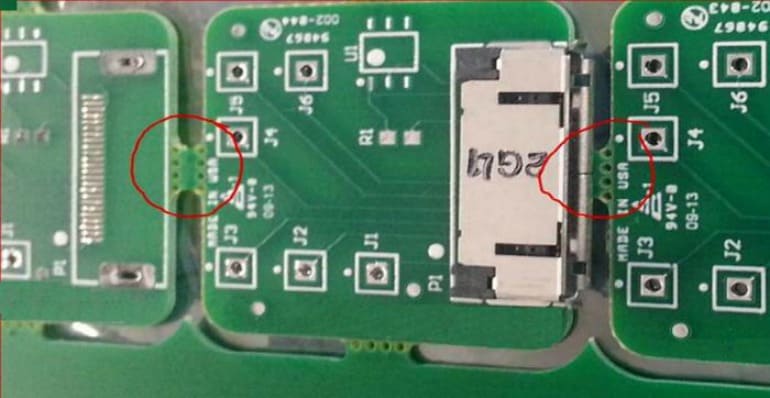 Figure 1: A breakaway tab that remained between these boards after routing interfered with assembling a connector that extends over that edge. Such problems occur when board fabrication and assembly are not closely coordinated.

Adhere to spacing guidelines, including clearances at board edges. If connectors or other hardware will overlap a board edge, and the boards will be fabricated by one vendor and assembled by another, instruct the fabricator where the connectors will sit and to route panels such that no material remains that would interfere with the connectors during assembly.

Distribute large components across a board as evenly as possible during layout, to achieve the best possible thermal distribution during solder reflow. Make sure the assembly contractor tailors a thermal profile for the reflow oven unique to each assembly job.

Format every bill of materials according to Figure 2 to precisely identify all of the components to be assembled on each board. The properly formatted BOM has columns indicating:

It may also include:

Boards should be provided as arrays in panels for assembly if they are very small, especially those smaller than 3” x 3”. All irregularly shaped boards (circular, oval, L-shaped, etc.) should be arrayed to facilitate handling. Some contractors can assemble a limited number of such small or odd-shaped boards individually, using universal fixtures. 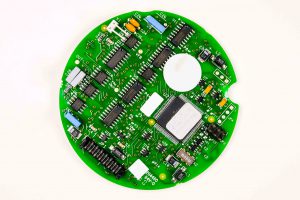 Follow our guidelines if you have an irregularly shaped board.

Figure 2: Prepare the BOM for every project in exactly the same format. Adhere to this example.

Needless to say, it’s far better to catch issues that might impede assembly before the boards are fabricated. If the board will be fabricated and assembled by the same facility (thereby coordinating operations), verify whether to provide the design data in ODB++ format to speed identifying potential manufacturing issues and ease CAM setup. Outputting a design in ODB++ captures the data for fabrication, assembly, and test in a unified structure that supports automated analysis and avoids time-consuming data conversion at the CAM stage. Practically all major EDA platforms can output design data in the ODB++ format.

Technically, the 10th tip does not address design, but component delivery to the contractor. If assembly will be performed on a consignment basis—some or all of the components will be supplied by the assembly customer, instead of being procured by the assembler—the parts must be provided in a carefully organized kit matching the BOM. All SMT components must be supplied in reels, or on continuous tapes at least 6” in length, or in tubes or trays.

Extra components are required for every part number listed on the BOM, to cover attrition during assembly. For example, an assembly shop may require a minimum of 100, or 20% more 0201 1k ohm resistors than called for on the BOM. The parts for each line item on the BOM must be sent in a clearly marked bag separate from the other parts. All ICs must be shipped in their original, unopened protective packages that include desiccant, or else they must be baked for eight hours or so to remove moisture before assembly, which could set back assembly for a day.

In other words, eight strips of eight pieces of a 1005-size 12-pF capacitor do not fulfil a BOM requirement for 64 pieces of that part. The strips are too short for loading the pick-and-place feeders, and under the best circumstances not all the parts will wind up on boards. Check and double-check your components before shipping using our kitting guidelines.

Let me conclude by recommending the best way to avoid assembly problems: Confer with your manufacturer before design even begins.

Ready to order? We offer PCB fab + assembly in as fast as 5 days.